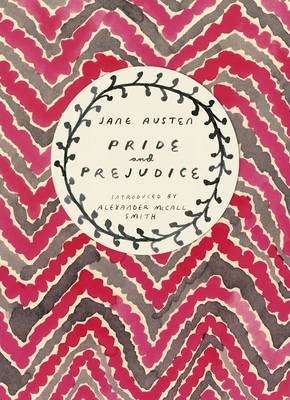 as a lesbian, i have long been fascinated with the relationship straight women have with pride and prejudice. i have managed to go 28 years without enlightening myself, but this year i decided i wanted to try and read some classics, and so i've read some. when ordering, i went off a list my local bookshop had put together, and jane austen happened to be there, so here we are.

here are some things i've been told about pride and prejudice previously: mr darcy is "swoonworthy" (boke), it's "the original enemies-to-lovers", and its plot, in the loosest sense, can be described as "just a bunch of people going to each other's houses", a la my favourite review of any book online ever.

lemme go through these points, in order.

~ as to darcy being "swoonworthy" - i am a lesbian. i do not feel equipped, fully, to comment on this.

~ "it's the original enemies-to-lovers". first of all: enemies-to-lovers rules if it's gay, sucks if it's straight. the quality of a good enemies-to-lovers romance also depends heavily upon the setting and context of the story, imo. if it's a high fantasy kinda shit and the characters are star-crossed lovers fighting for different armies and at one point one ends up with a knife at the other's throat but then something happens and they're forced to reconcile and fight for a greater good and maybe make out along the way? great. good. if it's "real life", i don't wanna read enemies-to-lovers. i watch people get into relationships with people they seem hate all the time for no apparent reason, and it's a trainwreck and i don't particularly enjoy the experience.

BUT! despite the two caveats i have with this (it being straight and it being set not in a wartorn fantasy world with dragons but actually in regency-era england), it's also just... not enemies-to-lovers. elizabeth, our "lively" heroine, meets mr darcy a handful of times throughout the novel... and it's a long novel. long enough that the few scenes they actually share gets swallowed up by the minute goings on of the bennet family's extended universe, and ultimately lizzie's romance feels something of an afterthought amongst the rest of the plot beat. they barely get time to establish any type of relationship at all.

and as it turns out, society was far too polite to allow them to be enemies. elizabeth laments, once they are happy and mutually in love, that her actions before had "bordered on uncivil", keyword bordered, as in she'd never been anything less than upstanding to him, and most of her true thoughts on darcy remain in her head or spoken only to jane, her elder sister and confidante.

(there is a pretty funny scene, where darcy and lizzie are dancing at a ~ball~, and mr darcy laments the fact that another person had interrupted them. lizzie replies that nobody had interrupted them because they weren't talking. darcy tries to find a mutual interest for conversation, and suggests books, to which lizzie snaps that she's sure they don't like the same books, and even if they did, she would pretend not to.)

and now, time for a feature i'll call...

yes! because every classic, published in the modern era, usually has a quote printed on it. usually one you're sure to have heard of before. pride and prejudice's keystone quote is:

"You must allow me to tell you how ardently I admire and love you."

and i'm reading this on the back of my copy and thinking, shit, maybe straight women are on to something, and this actually is romantic.

spoiler: it's NOT!!! this quote COMPLETELY FUCKING BLINDSIDED ME.

basically, elizabeth is at... someone's house. her aunt's, maybe? i lose track. mr darcy appears (after not having been in the novel at all for like, maybe 150 pages at this point? and says that to her. and then proposes to her. lizzie tells him to fuck off, but extremely politely, and that she has hated him since the moment she met him (again, extremely politely).

and then lizzie's on 'oliday in derbyshire (god, imagine going to derby on holiday), and they stop to look around mr darcy's estate, because it was apparently normal in regency era england to just go and look around rich people's houses for fun? and she sees the lovely garden, and she's like, "wow, this is a nice garden. maybe he's not so bad after all." and this sets the scene for them getting married literally within the final 15 pages of the novel.

i'm being very petty and facetious here, but then, that is my brand. there's a lot more that happens in pride and prejudice, and it's actually funny and entertaining in a way i didn't expect it to be. but as it turns out, elizabeth and mr darcy getting together is the least interesting part of it. i still remain mystified as to why people love mr darcy so much, although he did endear himself to me a little bit, when it became apparent he was a socially anxious bottom with a degradation kink.